Why an energy revolution is coming 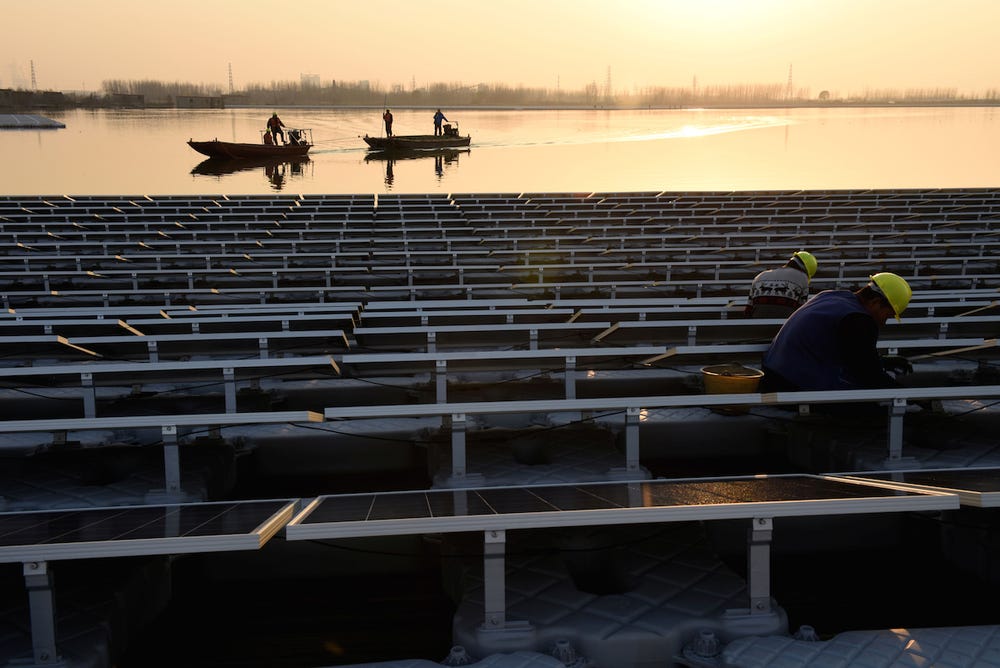 Solar power is now cheaper than coal, according to a new study.

According to a recent report from Lazard, the cost of producing electricity from different sources is changing. Solar electricity from utility-scale plants – plants that produce electricity that feeds into the grid – has seen the biggest drop in price with an 86% drop since 2009.

According to Lazard’s math, the cost of producing one megawatt-hour of electricity is now around $50 for solar power. In contrast, coal generates electricity for $102, which is over twice the price of solar.

The dramatic change is clear in this chart: 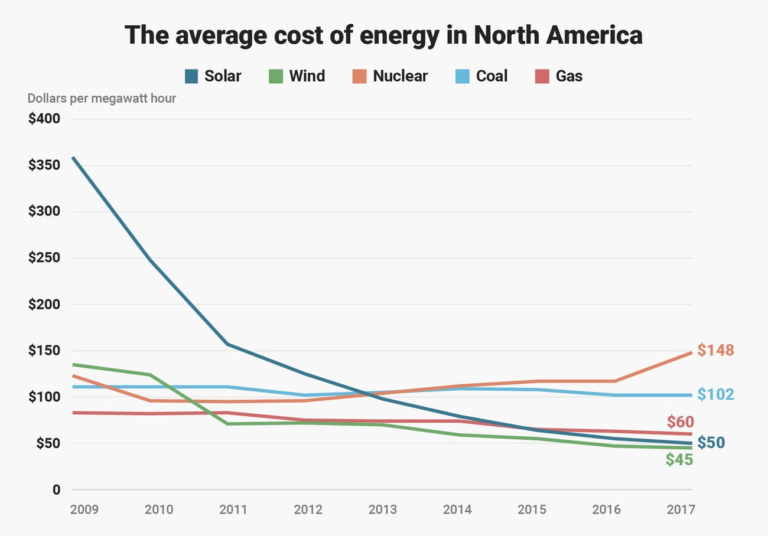 Lazard relies on a calculation known as the levelized cost of energy analysis (LCOE), which is a method for calculating the total cost of building and operating a power plant.

The rapidly declining cost of solar shows that we could be on the cusp of a dramatic change in how buildings and vehicles are powered. The drop in price will likely lead to a shift toward renewable energy sources like wind and solar and away from fossil fuels like oil and coal.

The only way to slow climate change is to change our energy system to emphasize those clean sources, since fossil fuel emissions cause more heat to be trapped on planet Earth. Analysts have long pointed out, however, that the transition won’t be feasible until renewable energy sources become cheaper than traditional fuels – which is now starting to happen.

When you look at the types of new energy generation capacity being added around the world, you can clearly see the growth of renewables. The United Nations Environment Programme reports that more solar power capacity was created in 2017 than any other type of energy. 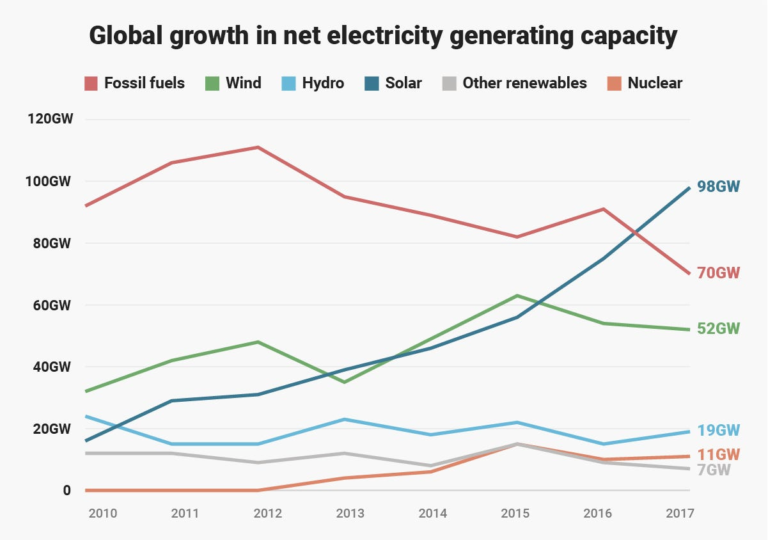 Wind, hydro, and solar energy provided a record 12% of the world’s energy last year. UNEP reported that the solar sector attracted $160.8 billion in investment in 2017, an 18% increase over 2016.

Solar is getting cheaper, but Lazard warns that it is not a panacea. LCOE does not take into account some external costs, like storing solar power for cloudy days, which is one of the obstacles to more widespread adoption of solar. (Other sources of electricity, like coal or natural gas, do not have the same problem.)

Additionally, the storage problem makes it difficult for developing economies to adopt fully renewable energy systems. The report says that until battery and storage capabilities improve, countries will likely need a mix of traditional and renewable energy sources.

Solar still provides only 2% of the United States’ total electricity needs, according to the Solar Energy Industries Association. California is attempting to change that. The state wants to mandate that all new homes be outfitted with solar panels. The proposal will be voted on by state lawmakers on Wednesday. 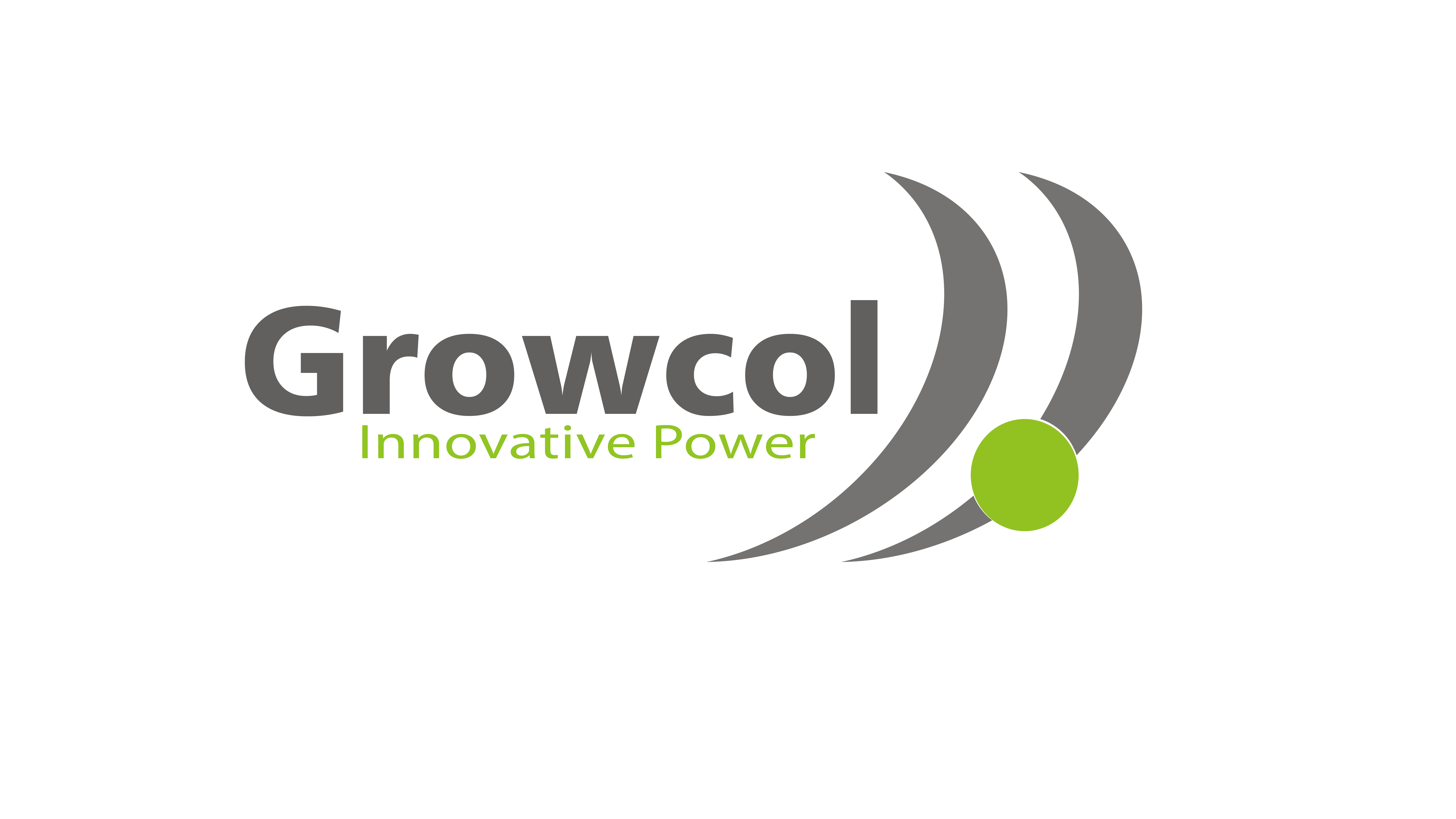